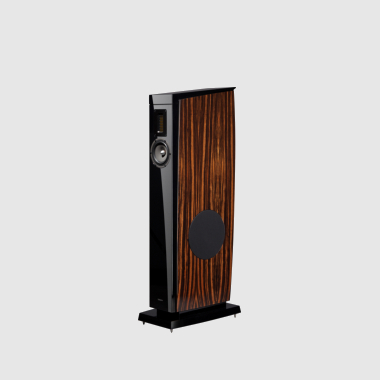 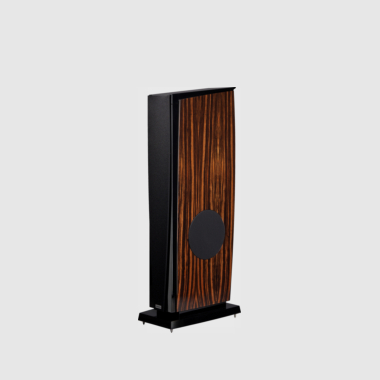 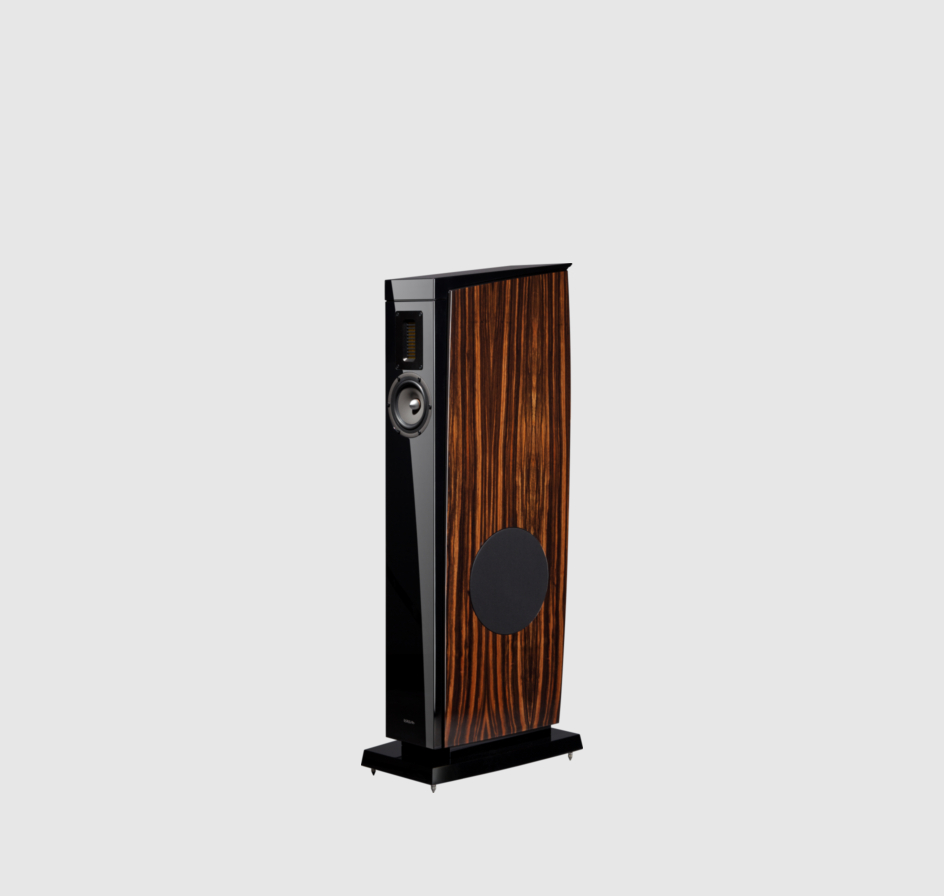 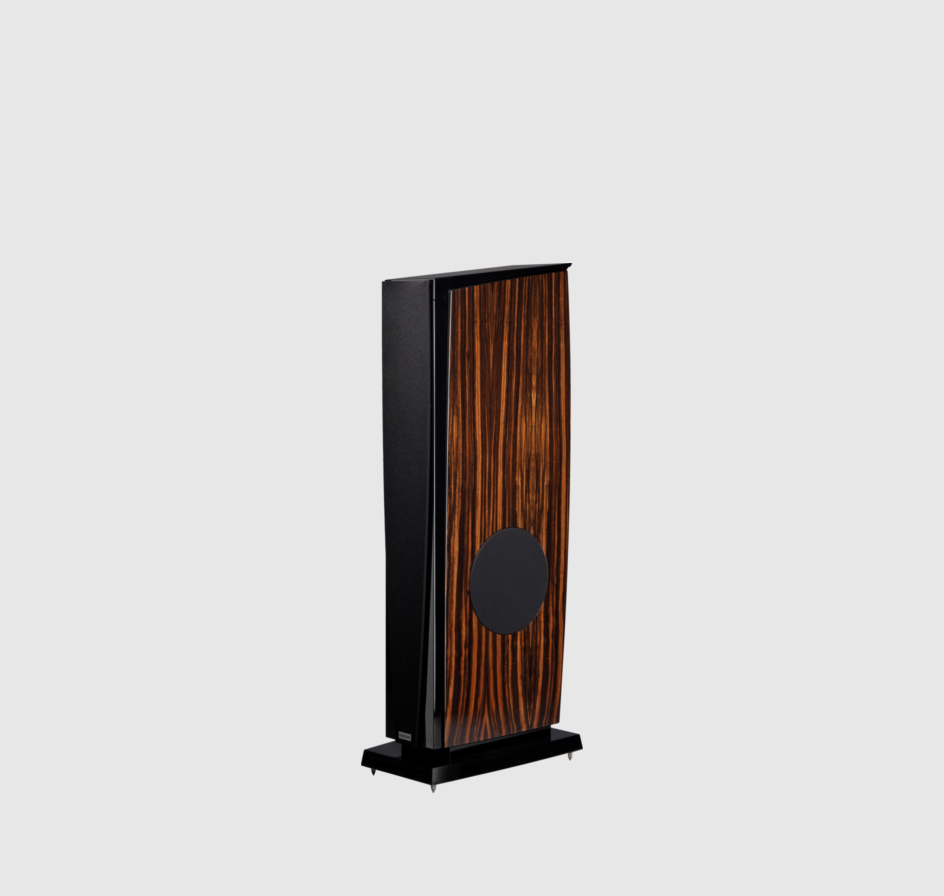 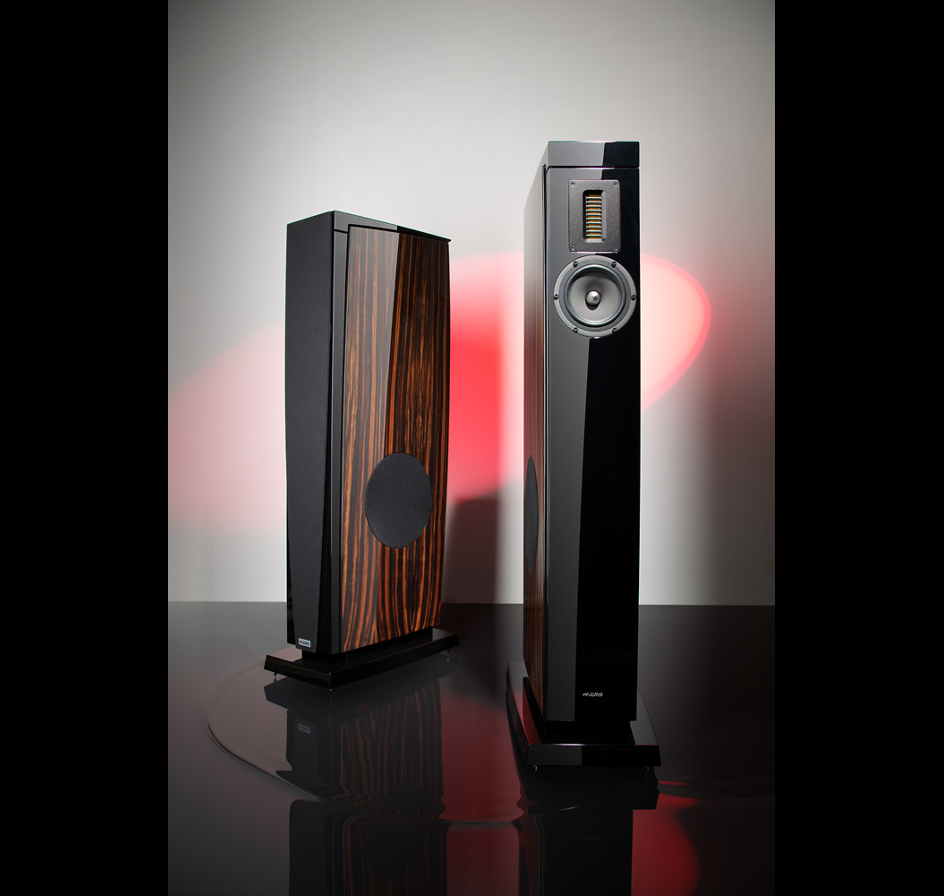 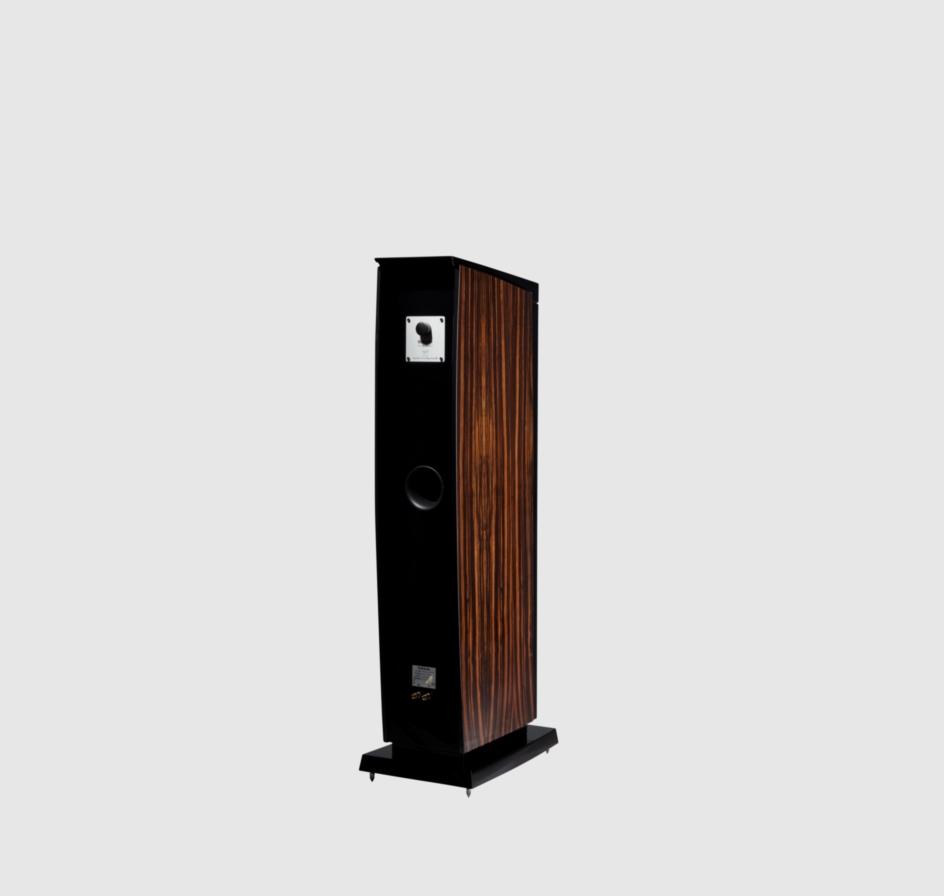 Excellence 3 AMT is a smaller loudspeaker in the Excellence AMT line. Featuring one 5″ SEAS Excel midrange and one AUDES woofer together with an AMT tweeter it was designed for smaller rooms. Nevertheless its sound still retains the majority of key features found in EXCELLENCE 5 AMT, such as a quick response and a precise soundstage. The lower frequencies are handled by one side-firing 8″ woofer in a ported enclosure.

The compact enclosure is built very much similar to the one of Excellence 5 AMT, with non-resonant 50-mm-thick walls and a complex internal bracing system. To prevent any standing waves inside the cabinet a great effort was put to minimise the number of parallel surfaces. Due to specific properties of AMT it might need some adjustment at times. In some rooms, depending on the positioning of the loudspeakers and the listener, it might sound too bright or, on the contrary, too dull. In order to accommodate for these potential issues the control over the AMT response is provided. The adjustment knob is located on the rear wall of the speaker. It is used to carefully tune the level of AMT. Such adjustment introduces practically no changes to the phase response of the loudspeaker, thus leaving the soundstage intact.

Audes Excellence 3 AMT is available by default in a black piano finish with Makassar ebony real wood veneer side panels. Other finish options are available on request. For more information please contact an authorised Audes distributor.

You can find out more about the used cookies or switch them off in settings.

This website uses cookies to provide you with the best user experience possible. Cookie information is stored in your browser and performs functions such as recognising you when you return to this website and helping to understand which sections of the website you find most interesting and useful.

Strictly Necessary Cookie should be enabled at all times so that your preferences for cookie settings can be saved.

If you disable this cookie, it will not be possible to save your preferences. This means that every time you visit this website you will need to enable or disable cookies again.

This website uses Google Analytics to collect anonymous information such as the number of visitors to the site, and the most popular pages.

Please enable Strictly Necessary Cookies first so that your preferences can be saved!